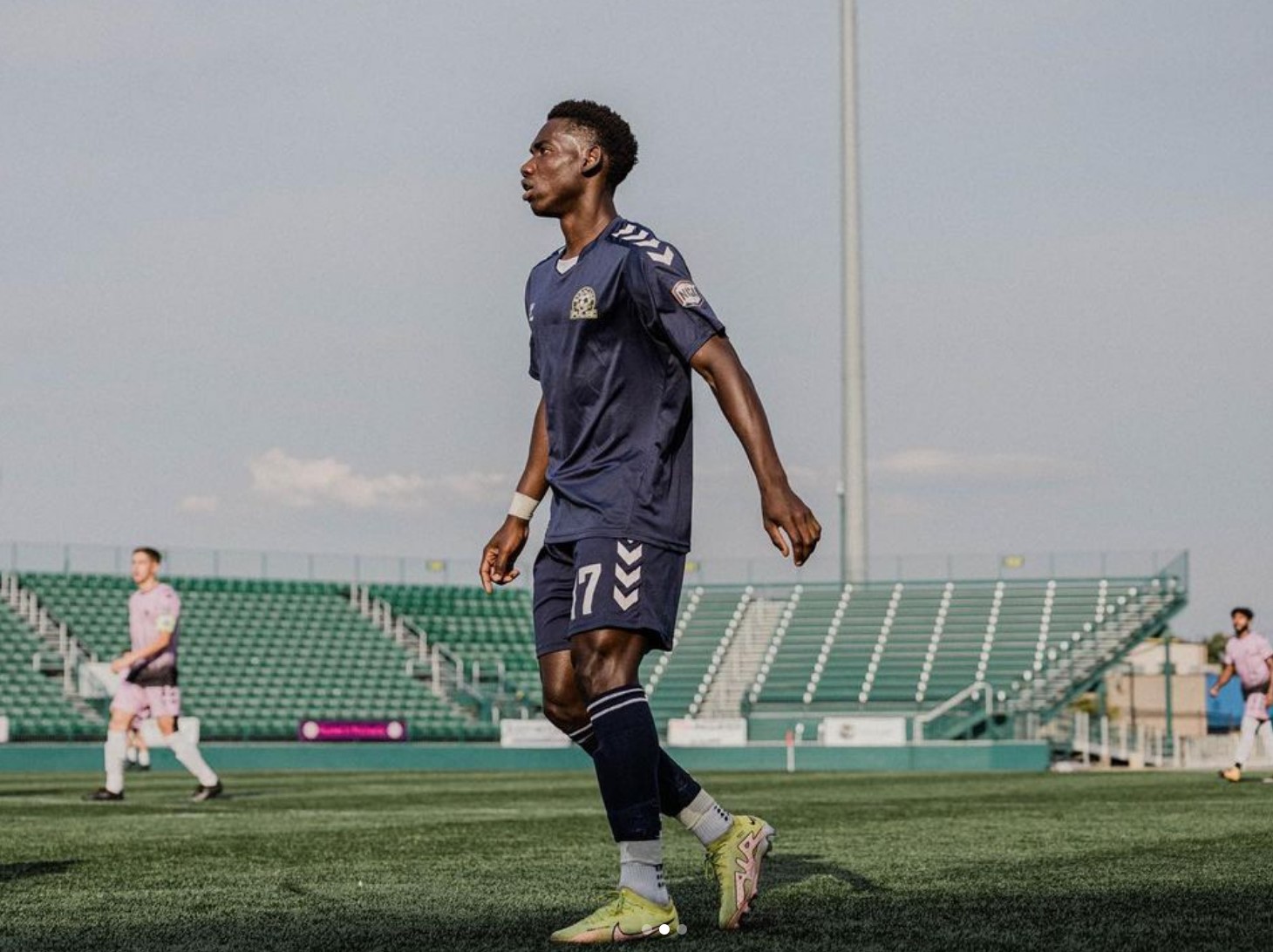 Juan Louis was born and raised in Haiti. He moved to the United States before high school and ended up attending Washburn High school in Minnesota.
Juan was named Minnesota Gatorade Player of the Year, All-American Team and led his high school in all major categories throughout his career (Goals & Assists)
‍
Juan attended Drake University where he received 2nd Team All-Conference in 2022 and led the team with 7 goals.
‍
He now plays professionally and finished up his rookie season with Syracuse Pulse (NISA) where he ended the season with 6 goals. "I am excited to start giving back to the sport that has done so much for me, and help the Iowa soccer season flourish"